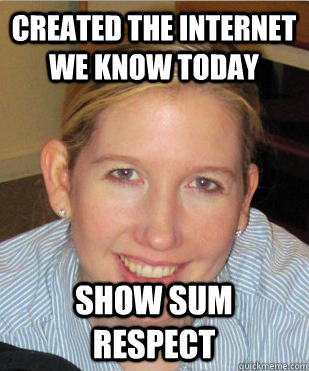 Just over two years ago I received a request from Pearson and the TexasEducation Agency for permission to use a photograph of mine for an End-of-Course English II Assessment for high school students in Texas. Yesterday, it seems, Texas gave a STAAR test where test takers were asked to read a Technology Review article about me, answer a few questions, and write a short essay. I know this because yesterday evening I suddenly became very popular on Twitter among the Texas teenage crowd.


My first clue was some tweets that I initially took for spam:

S/O to @jteevan for being in our STAAR test


It was a surprise, after enough of them, to realize there was something real behind the tweets. I doubt I’ll ever get to see the short essays people wrote, but apparently I was credited with a lot of things:
@jteevan yo thx for like "revolutionizing modern information flow" or whatever I wrote in my short answer thing lol
Jaime Teevan is the person that made search engines way better
Awwwe Jaime Teevan made that bing tho <3
Thanks to @jteevan for inventing the search history for bing I'd be lost without it
Jaime teevan created the Internet we know today
And let us thank Young Innovator, Jaime Teevan for making porn easier to find on the internet
It seems there were several other people mentioned in test questions as well. I’ll have to go learn a little about Paul Marvell and Barry Bingham, Jr.:
“@username: staar Paul Marvell wins the Internet for today” I mean idk Jamie Teevan made a pretty big contribution to the Internet so
But we can't forget about Jaime Teevan and Billy Bingham Jr. <3
Teevan on that new tech shit! Barry makes newspaper
Not all of the tweets were nice – which is hardly surprising considering they were posted by a bunch of high school students who had just been forced to read about me:
Jaime Teevan looked like she wasn't wearing a bra in the staar picture you dirty whore you
Sorry Jaime Teevan no one gives a fuck about your PShare program
jamie teevan what was up with those boobs girl
But I was happy to have some defenders:
I rlly hated the technology one with that chick Jaime or watevr lol
Reply: @username jaime teevan show sum respect

Here are another few amusing tweets I came across. With regards to the first, I’ve been joking for years that my parents misspelled my name:

@user1 thought of you during the test cause that super boring story about that smart girls useless career was named Jamie....
@user2 *Jaime, which is not me.
@user1 I thought it was Jamie? That's what I wrote on my short answer...
@user2 nope I member cause I was like "your parents gave you the masculine Spanish name of Jamie and youre a girl, they must be stupid"
@user1 I have no idea what you're talking about...and she was white! Her name was Jamie Teevan!
@user2 dude it was Jaime Teevan! I know what I'm talking about!

Teevan is such an uber deliverer she has a treadmill under her desk.
jaime teevan is me
My husband was particularly impressed that all of this conversation inspired a colleague to start a Jaime Teevan meme (see this and this). He remains relatively unimpressed when I publish papers, so I'm grateful to the Texas students who helped him see that I sometimes do cool stuff. Now back to walking at my treadmill desk and inventing some more Internet.

[Update: The test has been made public.]
Posted by Jaime Teevan at 1:06 PM