Research about Gender in the STEM Workplace 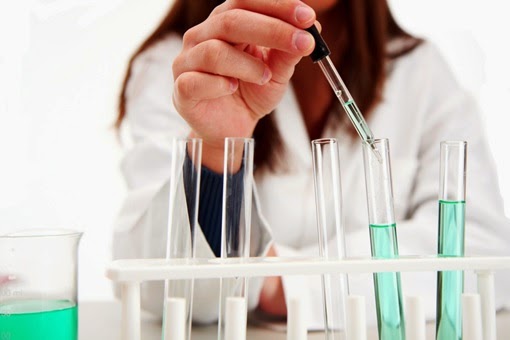 Science Faculty’s Subtle Gender Biases Favor Male Students by Corinne A. Moss-Racusina et al.
In a study with 127 science faculty at research-intensive universities, candidates with identical resumes were more likely to be offered a job and paid more if their name was "John" instead of "Jennifer." The gender of the faculty participating did not impact the outcome.

How Stereotypes Impair Women’s Careers in Science by Ernesto Reuben et al.
Men are much more likely than women to be hired for a math task, even when equally qualified. This happens regardless of the gender of the hiring manager.

Measuring the Glass Ceiling Effect: An Assessment of Discrimination in Academia by Katherine Weisshaar
In computer science, men are significantly more likely to earn tenure than women with the same research productivity. [From a summary]

A Study on the Status of Women Faculty in Science at MIT by the Committee on Women Faculty
Reveals significant differences in terms of the distribution of resources and rewards to faculty by gender.

The Abrasiveness Trap: High-Achieving Men and Women are Described Differently in Reviews by Kieran Snyder
Analysis of 248 reviews from men and women in technology companies shows that women were much more likely to be given negative feedback and to be told to be less abrasive, regardless of their manager's gender.

Who Takes the Floor and Why: Gender, Power, and Volubility in Organizations by Victoria L. Brescoll
Although men talk more when given positions of power, women do not. This may be because when powerful women talk, they are seen by both men and women as domineering and incompetent.

Ask and Ye Shall Receive? The Dynamics of Employer-Provided Flexible Work Options and the Need for Public Policy by Victoria L. Bescoll et al.
Managers were more likely to agree to flexible work arrangements when asked by men than when asked by women.

Social Incentives for Gender Differences in the Propensity to Initiate Negotiations: Sometimes It Does Hurt to Ask by Hannah Riley Bowles, Linda Babcock, Lei Lai
Women are more likely to be penalized for initiating negotiations for higher compensation. Men tended to penalize just female candidates for negotiating, while women tended to penalize both genders.

Leaning in, but Getting Pushed Back (and Out) by Nadya A. Fouad
Women leaving engineering are likely to cite poor workplace climates and mistreatment by managers and co-workers as the reason.

Why Women Leave Tech: It's the Culture, Not because "Math is Hard" by Kieran Snyder
An analysis of personal stories from 716 women who left the tech industry reveals that while most of the women enjoyed the work, they found the work environment was not supportive of them or of motherhood.

Does Valuing Diversity Result in Worse Performance Ratings for Minority and Female Leaders? by David R. Hekman et al.
Female and ethnic-minority executives are more inclined to seek the advancement of fellow group members, but more likely to be penalized for doing so than their white or male counterparts. [From a summary]

In cases where I was unable to access the original study content, my summary includes a pointer to the news article where I read about the study. I read the following news articles and blogs in the process of collecting the above links: