Attending a Conference without Children 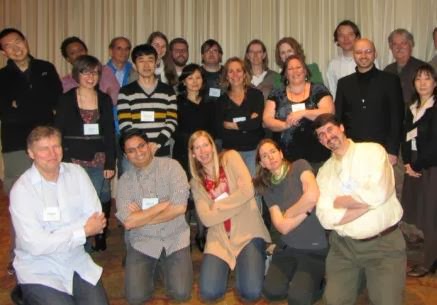 For many years I had one or more of my four children with me whenever I attended an academic conference (in my arms, or in my tummy, or, quite often, in both). This inspired me to write about conference travel with children and how conferences might better support traveling mothers - but it has also, lately, lead to my being asked at every conference I attend: "Where are you children!?" Because I no longer bring them with me to conferences. This post is about why.

There are many reasons I liked bringing my children with me to conferences:

But there were also many reasons not to travel with them:

Now that the boys are old enough that leaving them home is no longer an overwhelming task for their father - and no longer heartbreaking for me and them - the cons outweigh the pros. I look nostalgically at  conference attendees who have their children with them, but seeing them also reminds me of all of the nice things about not having mine with me. I like having some "grown up" time where I can completely control my schedule, focus on research, get a lot of work done, and catch up with colleagues. I look forward to my trips alone, and I look forward to going home to my family when the conference is over.

Traveling tip: Don't feel guilty about leaving your children for conference travel if that is what works for your family.

When I first started traveling without my children, I was overwhelmed by the freedom. All of a sudden, I could stay out late if I wanted to - and so I did, every night! I could make last minute plans, and see colleagues and do whatever I wanted to - and so I tried to do everything. Not surprisingly, I also ended up returning home to a houseful of little children who needed attention (and to a husband who needed a break) absolutely e x h a u s t e d.

I have since learned to respect the transitions when I travel. It is a bigger change to go away and come back than I once realized. As excited as I am to get home, I now give myself a little time to get used to the noise and chaos of my house. My husband and I take the time to connect without the children. I also try to give Alex and the children some time to get used to having another authority figure in the house. We avoid situations where good behavior is expected (e.g., play dates or house guests) and do things that tend to be conflict-free. It is much better to leave too much space for a transition than too little.

Traveling tip: Transitions are hard. Create a buffer of time before you leave on a trip and after you return to acclimate to the change. Avoid scheduling external activities during the transition buffer, and be explicit with your family members about what you and they need during that time.

One of the last conference trips I took alone with a child was in 2011, with Dillon when he was 5. I was giving a keynote at Web Science in Koblenz, Germany. It was my first time attending Web Science, and as the keynote speaker my obligations were relatively light once I finished my presentation. So while I attended a number of very interesting sessions and met with colleagues old and new, Dillon and I also had a fair amount of time to explore on our own. We had dinner at restaurant owned by three brothers, one who made the food, one who made the wine, and one who made the juice, and stayed in the oldest guest house in Germany, built in 1541. Dillon even survived a 7-course, three hour dinner on a wisteria covered patio in a small red-wine village overlooking the Rhine. 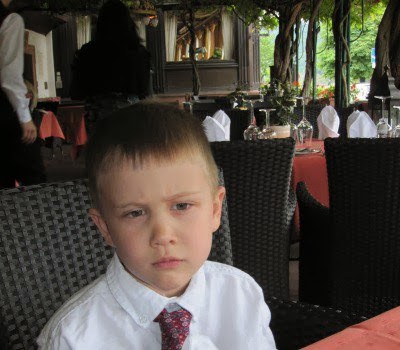 Our trip to Germany was so much fun that it became obvious that something was broken about my typical conference travel. I was feeling spent from traveling with the children, but trips like this were something I wouldn't ever want to give up. So my husband and I devised a scheme to keep the good things about conference travel while dumping the bad things and including him in the fun.

Alex and I now travel on our own with a child twice a year - just for pleasure. We each individually take one child on a week long trip, and one child on weekend trip. For example, last year Alex took Brier to New York for a week, and Griffin backpacking overnight. Meanwhile, Cale and I spent a week in Hawaii, and Dillon and I spent the weekend in San Francisco. This year Cale and I will walk 100 miles to Great Wolf Lodge, and Alex and Griffin will take a cruise to Alaska. The 2014 weekend trips are still being planned, but we all look forward to our upcoming adventures.

Traveling tip: Take trips alone, just you and a child. You don't need to attend a conference for an excuse to explore somewhere new or to spend special one-on-one time with someone you love.
Posted by Jaime Teevan at 10:37 AM